Danqi Lin is a student at the University of Rochester and an ISA Featured Photo Blogger. She is currently studying abroad with ISA in London, England.

An amazing thing about London is that upon your arrival to the city, you immediately become a “local”. You learn from the culture, and the culture learns from you. After the first few days hanging around all the signature spots, I soon realized that ordinary London life is much more interesting, and there are so many activities to dive into.

Although most British festivals are in June or July, there is certainly enough fun during winter. Even in the cold and early nights of February, there are seasonal festivals such as the Winter Light Festival around Westminster and Canary Wharf. Lighted modern art is displayed throughout the street, giving colors and energy to the city. There are also hidden interactive activities like light drawing and slow-motion light painting, so slow down your pace and explore! 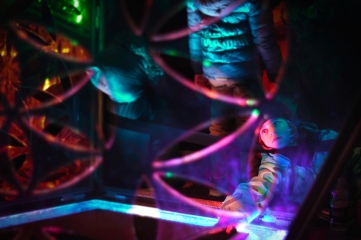 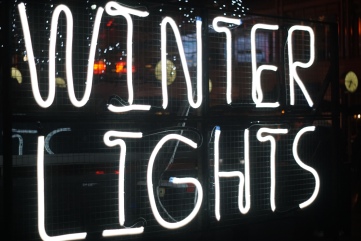 Winter Light Festivals are scheduled in London at the end of January or the beginning of February. Information about seasonal festivals can be found out from posters in subway stations, but helpful ISA staff also sends out weekly newsletters that cover most events happening every week. Be sure to look out for their emails!

A lot of Londoners go shopping after work, and streets are very busy on Friday and Saturday nights. Unlike in the US, there are only a few shopping centers in London. Most brands set up their own stores along the street instead of gathering together in larger shopping malls. Oxford Street is one of these big shopping streets, with hundreds of clothing and shoe stores scattered along it. More pricey shops can be found around Piccadilly Circus, where you can visit luxury and designer stores.

Covent Garden is another place to hang out, especially during Saturday afternoons when selected live music is played under the pit. I have heard professional operas and concert-grade violin quartets being performed here (for free, of course). Also, rumor claims that Covent Garden is one of London’s best celebrity-spotting places for those who are into paparazzo, since the Royal Opera House and the famous celebrity-swarmed restaurant/bar The Ivy are both nearby. 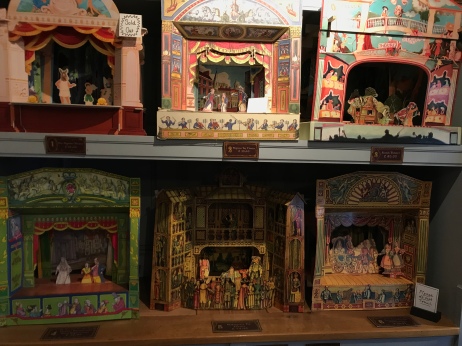 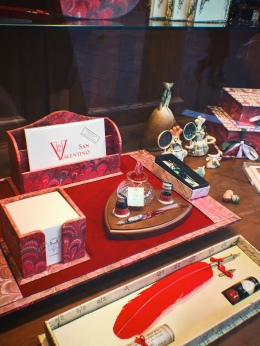 Most British cinemas are much smaller than that in the US. Some are located in old theaters or even wartime ball rooms. It is a completely new experience to sit in a sofa chair with a cup of tea in your hand instead of an extra-large coke and popcorn and watch an actual curtain rise up before the screen.

The closest cinema from the ISA residence is Electric Cinema, which is less than a 10-minute walk away. There is also Vue in Westfield shopping center – a 30-minute walk from the dorms – that has a more updated collection of films. Keep in mind that unlike the US, the locals generally go to cinemas early, so good seats are harder to get for, say the 2:00 p.m. shows, than the 5:00 p.m. ones.

There is a vibrant bar culture in London. People hang out at bars after work to unwind and to socialize. Most bars play jazz or pop instead of loud electronic dance music. Generally, bars close after midnight. And food or drink is not served after 10 p.m. or 11 p.m. If you are looking for a place to dance, party, and stay up all night, you can always go to a club afterwards. Two of my favorite bars near the ISA residence are The Elgin, a 5-minute walk away, which serves wonderful fries, as well as the UKAI, a Japanese style bar/restaurant serving sashimi and sushi. I have never been to a club myself, but according to ISA students who have, there are many great clubs around Soho areas to celebrate the night and mingle with young locals.

This site uses Akismet to reduce spam. Learn how your comment data is processed.